Sometimes, when you put pumped breast milk in the fridge, it separates so that there is a fatty layer on top and a watery layer at the bottom. This is totally normal! Here’s everything you need to know about watery breast milk. 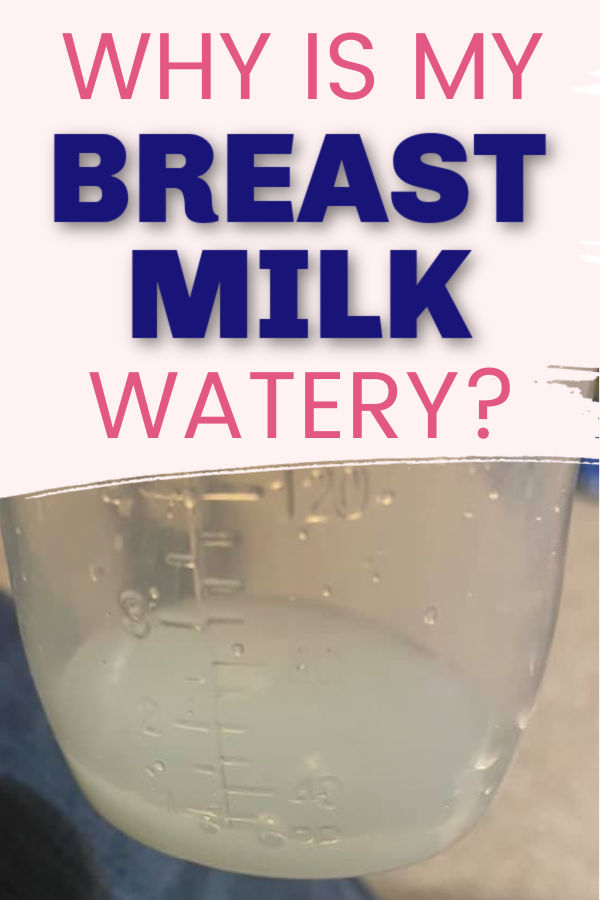 Yes. The below photo is a good illustration of how normal breast milk looks after a few hours in the refrigerator: 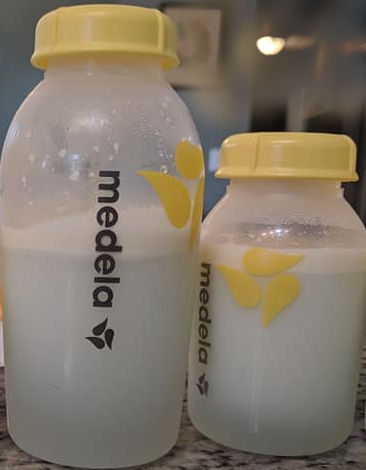 Here, you can see that the milk separates, with is a layer of fat/cream on top, and a more watery layer of breast milk on the bottom.

(You may want to mix the layers when it’s time to feed a bottle of this milk to your baby. I’ve found that warming and swirling the milk works well.)

What determines how much fat is in your breast milk?

The primary factor that determines breast milk fat content is how empty the breast is.

The more empty the breast, the fattier the milk.

The fuller the breast, the lower the fat content of the milk. 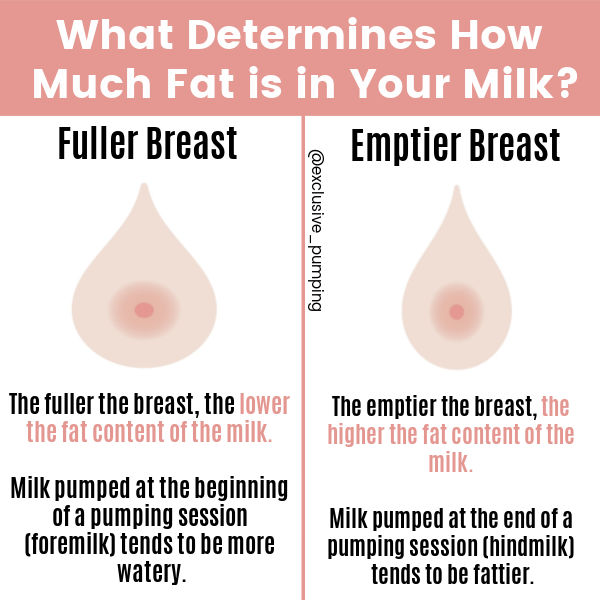 Therefore, milk that is expressed at the beginning of a nursing or pumping session tends to be more watery than milk expressed at the end. (However, if sessions occur close together – and the breast doesn’t have time to refill – this may not always be true.)

Are foremilk and hindmilk different kinds of milk?

The fat content in breast milk changes over the course of a nursing or pumping session because of how milk is stored in the breast. As your breasts produce milk, the fat globules in the milk stick to each other as well as to the alveoli.

When milk is expressed, the less sticky parts (i.e., the watery, less fatty parts) flow out first. As the feeding or pumping sessions progresses, more fat globules dislodge and flow out, resulting in fattier and fattier milk.

Is watery breast milk good for your baby?

In a word, yes. Both fatty milk and watery/less fatty milk are good for your baby, and it’s important that your baby gets both.

(Think about when you’re eating a meal – most of the time, you want both substance to fill you up and a drink to stay hydrated. If you only have one or the other, you might be uncomfortable or unsatisfied.)

If your baby gets too much watery milk, that can cause an issue called foremilk/hindmilk imbalance. This can happen, as an example, if your baby is nursing and switching breasts, so that he fills up on the foremilk on both sides before getting to the hindmilk in either.

The research shows that what you eat has little or no effect on the amount of fat or calories in your breast milk – women in famine conditions produce milk that provides optimal nutrition for their babies.

However, what you eat may affect the types of fat in your milk.

For example, a study of rural and urban mothers living in South Africa who ate significantly different diets found that the milk composition of the two groups was also different. The rural women ate a traditional diet low in animal proteins and fats, while the urban women ate a more westernized diet. Their milk had different percentages of monounsaturated fatty acids based on what they ate.

(In short, just eat healthfully/normally. You don’t need to eat a certain diet for your baby to get the benefits of your breast milk.)

Is there anything you CAN do to increase hindmilk?

However, if you are concerned that foremilk/hindmilk imbalance may be an issue for you, there are some things that you can do.

If you’re a nursing mother, you may want to try block feeding.

If you’re exclusively pumping, you may want to see if longer pumping sessions (perhaps less frequently) help. Since the milk you express is fattier when your breasts are less full, the emptier you can get your breasts, the fattier the milk you’ll get. 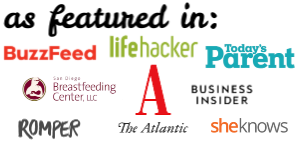